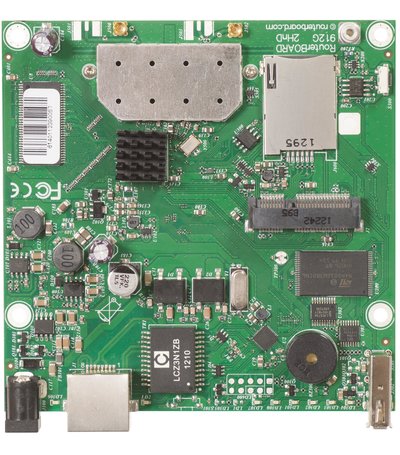 Many wireless networking devices are effective yet they are incredibly huge they eat up whatever space you have in your home or small office, making adding more accessories or peripherals difficult. The RB912UAG-2HPnD is a flexible but small device that you won’t need to have a lot of space before you can start using it.

More Power for Your Device

The RB912UAG-2HPnD has an extra miniPCIe slot, which can be used when you add a 3G card or keep up with the recent wireless standard. The 3G card transforms the unit into a powerful access point, connecting various devices and users into the network, enjoying fast-speed Internet connection.

The diminutive device currently gives off 1,000mW output power with 30dBm of TX power, which explains its comprehensive reach. It can be used to cover the entire home or huge floor area. It provides wireless connectivity despite the presence of some barriers such as floors and walls. The transmission signals are very smooth and are subjected to fewer interruptions or noise.

The RB912UAG-2HPnD runs on an Atheros CPU with a clock speed of 600MHz and MIPS-E architecture. The speed is definitely necessary to cope with the demands of quick speed and transmission by users.

Even if the device is indoors, some of the connected components such as cables may be found outside. This then makes the former still vulnerable to a sudden surge of electrical discharge caused perhaps by a lightning strike. The ESD protector helps regulate the volt, reducing it to what the device considers normal. Hence, the critical components still remain protected from ESD.

The RB912UAG-2HPnD runs on a pre-installed operating system, RouterOS L4. It includes unlimited EoIP tunnels and VLAN interfaces, as well as 20 slots for the other tunnels and hotspot active users.